Our 2014 Annual Report - The Narrative Enneagram
Read the annual report >
2014 was Terry Saracino’s final year as our President, a role she filled from the time ESNT was first incorporated as the nonprofit container for the Narrative Tradition. 2014 also saw the culmination of major advances in ESNT’s programs and structure under Terry’s leadership.
With Executive Director Mary Jo Ruccio and the entire ESNT team, she brought a new website and a revised curriculum into being, and she oversaw the expansion and deepening of our Board. Thanks to Terry’s tireless effort over the last seven years, the Enneagram in the Narrative Tradition has a solid platform on which we can build.
Our hope for 2015 and beyond is to continue refining the training model to make it accessible to more people, reaching new audiences and deepening the curriculum for the benefit of people already familiar with the Enneagram.
We also are committed to assuring the long-term financial viability of the work. From its inception, ESNT has been the beneficiary of a donor’s generous sustaining grant, but that source of support is phasing out.  We made a good start at filling the gap through our inaugural fundraising campaign in 2014, an effort we must intensify in the years ahead.
I am optimistic that we will succeed in our mission of making ESNT a leading participant in the movement to transform human consciousness through the Enneagram. I am fortunate to be surrounded by colleagues who share that goal and who are also committed to living the underlying values of the Enneagram Narrative as we do this work. And I am grateful for you, the Enneagram Narrative community, who are using this teaching in your own lives to be the agents of a kind of transformation the world needs so much.
Sincerely,
Paul Strasburg
2015 President
ESNT Board of Directors
July 17, 2015
Read the annual report > 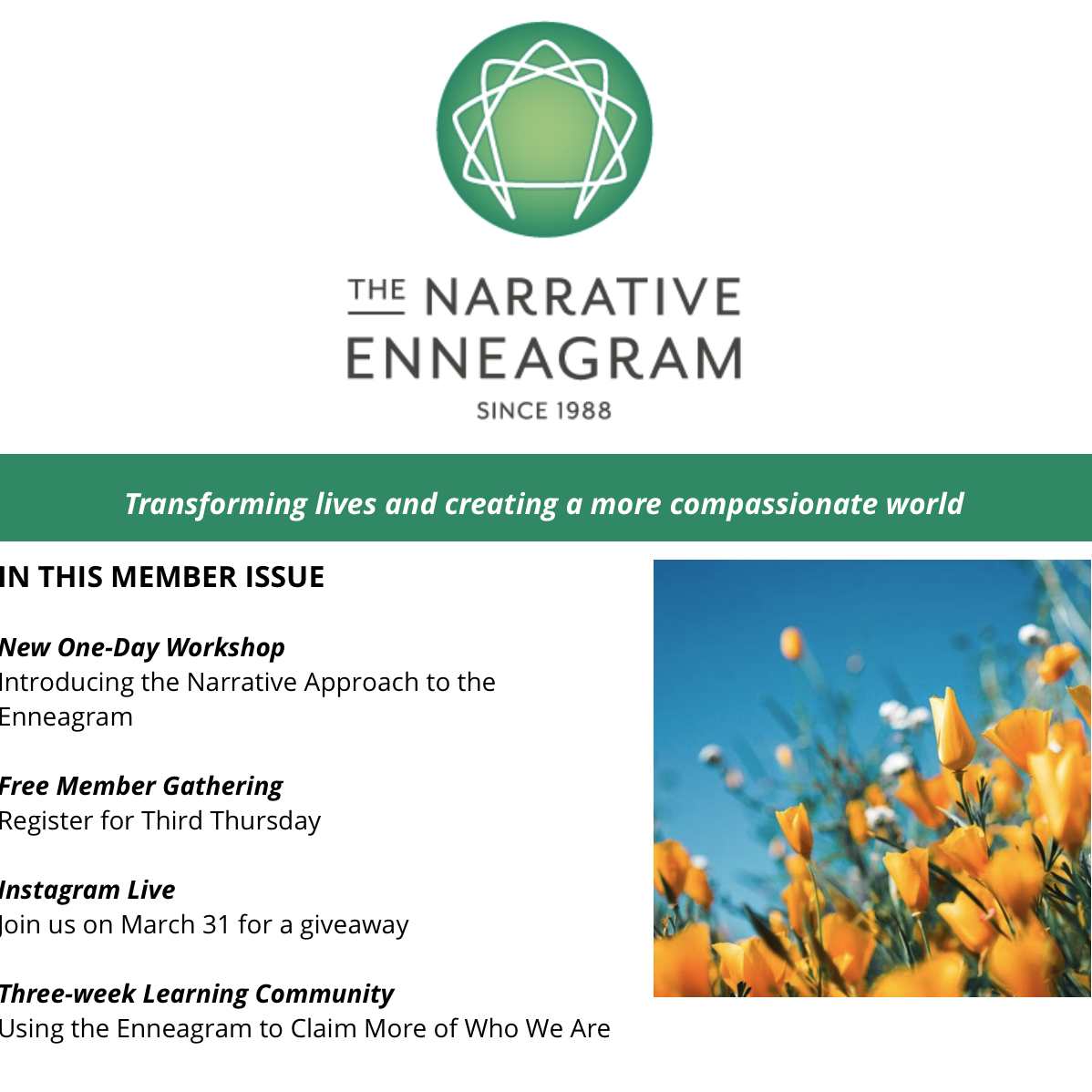